A project aimed at the participatory recovery of the Caldes stream, winner of RecerCaixa 2015

The Obra Social “La Caixa” and the Catalan Association of Public Universities delivered last January aids granted to the projects selected in the sixth round of RecerCaixa program that has established itself as a pioneering program in Catalonia momentum and support for research and a junction point between science and citizenship.

This program has allocated a total of 1.6 million to 19 projects in a call in which there have been a total of 211 reports from 42 centers. The ” Decision-making framework for the participatory rehabilitation of urban river corridors ” project is one of the projects selected because of its transformative vocation for the benefit of the territory and potential dissemination of research among citizens. This project stems from the collaboration between Research Group in Regeneration of Intermediate Landscapes, formed by researchers at the UIC Barcelona School of Architecture, together with researchers from the Institute of Environment at the University of Girona.

The overall objective of this project is to develop a methodological framework to support decision making for rehabilitation investee of urban river corridors, and takes as a case study the Caldes stream. This project will help improve the environmental quality of urban rivers through the involvement of citizens in decision-making processes and in maintaining the improvement actions undertaken.

The rehabilitation of rivers has been addressed so far from a technical view, “top-down” often aimed at reducing the risk of flooding or ensure ecological recovery. Instead, social recovery, from an experiential vision, “bottom-up” is still a pending challenge. Moreover, urban rivers have become essential civic corridors for the sustainability of metropolitan regions, and the involvement and coordinated work of citizens with government is essential for rehabilitation and long-term maintenance. In this context, the record of the processes of appropriation and growing commitment to the defense of river areas by implementing a web-based participatory mapping is particularly innovative and strategic. 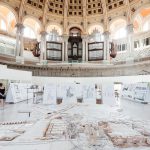 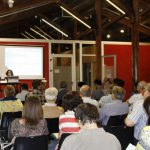