The irrigation system in Caldes de Montbui and the Szczecin Center, awarded

The irrigation system in the thermal allotments in Caldes de Montbui (Spain), by Marta Serra and Elena Albareda (Ciclica) and Jordi Calbetó (Cavaa), and the Przelomy Centre for Dialogue in Solidarnosc Square in Szczecin (Poland), by Robert Konieczny (KWK Promes), have been awarded joint first prize in the 9th European Prize for Urban Public Space, promoted by the CCCB together with six European institutions. The winners were announced at the official award ceremony, which took place at the CCCB on Monday 4 July 2016.

Irrigation system in the thermal allotments in Caldes de Montbui

During the twentieth century uncontrolled urban development of the periphery of Caldes de Montbui seriously damaged the Hortes de Baix (Lower Orchards), more than three hectares ancient agricultural land which, for centuries, had been irrigated by the town’s surplus thermal waters. Bad smells and health risks resulting from the contamination of the irrigation system by sewage, together with partial covering of the main canal, inaccessibility of the orchards and bad management of waste water from private spas ended up causing a rupture among the community of farmers using the irrigated land and the eventual collapse of the agricultural system. However, after 2012, the town council introduced a participative process which brought together more than seventy horticulturalists. With their agreement, the sewage was properly channelled, the old irrigated land was supplied with clean water and a new network of accessible paths connected the orchards with the old centre of town. The land is now once again a productive space, keeping the horticultural tradition of Caldes de Montbui alive, contributing towards its food sovereignty and raising awareness among the town’s inhabitants concerning the importance of democratic management of the public good of water resources.

Decision of the Jury

“Many elements come together in this project of conserving a traditional system of food production at the edge of the town, extending its public space and using recycled thermal spring water. In Caldes de Montbui, the irrigation system for the historic orchards had become inaccessible and polluted with sewage, a situation which led to the breakdown of the irrigation community. The original irrigation path has now been given a double use in becoming a public walkway in this low-budget, minimal intervention conserving the previous agricultural structure while also generating a new relationship with the town centre. The town and its surrounds are connected with a boardwalk over the old irrigation canals. In this rural setting, seventy local farmers, private landholders, have worked together in this overlap of commons and private. More than concerns about design, the accent is on understanding community irrigation processes and how to recover them as an integral part of this new intervention. The solutions adopted show how small-town populations can work together towards productive and environmental sustainability.” 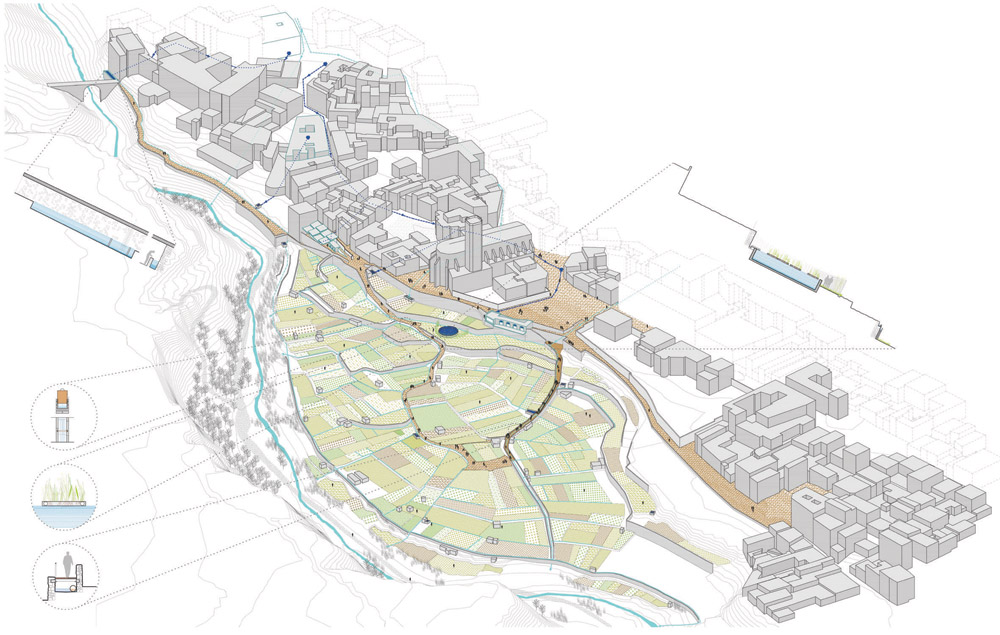 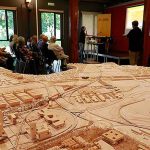 Debate about territorial proposals for the Southern Caldes StreamNews 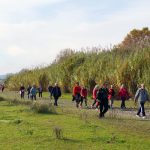